PUMPING IRONY: Lessons around the Links 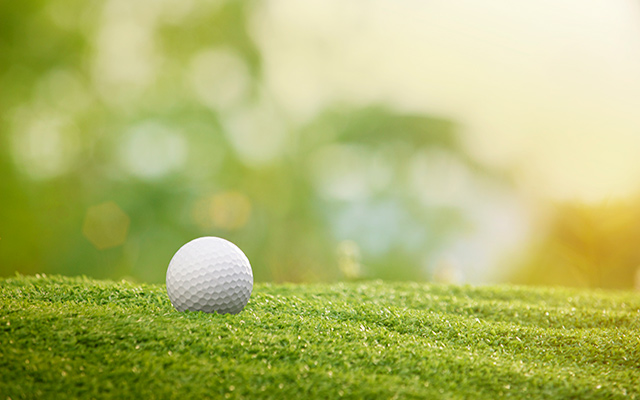 When Minnesota’s golf courses reopened last week, the Frail Foursome, of which I am a charter member, was granted a peek at a small slice of the post-confinement world. And, like a duck hook that glances off a forest elm and bounces right into a fairway bunker, it could be worse.

The clubhouse was closed, for instance, which meant no adult beverages just before teeing off, but the carts were so clean that I felt like I should’ve washed my hands before gripping the wheel. Flagsticks weren't to be pulled from the hole, a hurdle I would later claim disrupted my normally surgical putting stroke, and bunker rakes were nowhere to appear, which allowed me to go into and out of the sand in two the time. Sharing a cart was verboten, so we each had to pony up for the own set of wheels, but that allowed each of us to chase our own wayward ball instead of looking for two of them, thus ramping in the pace of play. In times of crisis, you take the bad using the good.

Still, all of this would’ve been quite inconceivable just a couple of months ago. Back in February, I had been anticipating the return from the Tin Man from his winter haven in Florida, happily watching the snow recede from my backyard, and dreaming of late-April afternoons groaning over missed 8-inch putts. The reality we encountered last week was both jarring and surprisingly uplifting.

“We’re playing golf in April!” The Tin Man exulted in the end warmed up on the first tee. Sure, we couldn’t fist-bump or high-five or trade stories in a shared cart, but the new rules — the fractured expectations — somehow heightened the knowledge. We all had to pay attention, appreciate the moment.

In his book Bring Me the Rhinoceros along with other Zen Koans to Bring You Joy, John Tarrant reminds us that it’s the shock of the unexpected, the unforeseen crisis, that usually wakes us up to the ordinary treasures we tend to overlook as we trudge through our everyday routines.

“That old teachers thought that what is inconceivable to us is, ultimately, the only thing that people can genuinely rely on,” Tarrant writes. “In this manner they managed to find happiness inside disaster and peace inside war. When disaster is here now, and you want to be happy, the happiness has to happen here, the dancing and also the music here, even while there is disaster. Where else can you find happiness?”

There’s lots of joy lurking on the links during a glorious April afternoon, and our Frail Foursome seldom has difficulty discovering it, but I was struck last week by how quickly we settled in to the new normal. Despite the strange protocols, it had been just golf, after all: sliced tees shots, skulled fairway irons, flubbed putts. The Admiral, as is his custom, muffed a wedge shot and flung his club at a nearby tree. Nothing new to determine here.

But on the 9th hole, while I was searching for my ball close to the cart path behind the green, and The Tin Man and also the Commissioner were occupied with a similar mission, the inconceivable occurred: The Admiral chipped in from rich the green for a birdie. Or at least he explained he did. None of us had actually witnessed this miracle, however the ball was in the cup.

Later, while we quaffed beers and reviewed the scorecard at a safe distance in The Tin Man’s backyard, The Commissioner raised some doubts about that 9th-hole stunner. “You know,” he said, raising an eyebrow in the Admiral, “nobody actually saw you make that shot.”

The Admiral just shrugged, and we all knew it didn’t really matter. Nowadays, it’s the small miracles that stop us going — so long as we’re focusing.